Partner school members of the Erasmus+ project had our first meeting in the town of Tarsus, Turkey, between the 3rd and 9th Novem8ber 2018.

The representatives of all five partner schools met for the first time in person, in order to accept and define the detailed guidelines for the work in the project (Alternative to social media, What is too much, Excessive use of social media) and to get to know the cultural, historical and educational characteristics of Turkey. We established the time frames for the project, divided tasks and visited 2 Turkish public schools and a private kindergarten.

The meeting was attended by:

The staff IT training for the participants of the mobility took place between the 5th and 7th November 2018. It was conducted by one of the coordinators – Marcel Chrapkowski, a teacher from the Team of Schools no. 8 in Włocławek, Poland, who has the qualifications necessary to conduct this type of training (engineering studies in computer science). These meetings were scheduled every day for 3 teaching hours.

On the first day of our stay we visited the school, where we were kindly greeted by the headmaster Hüseyin Yildiz. After meeting some of the pupils and teachers we listened to their introduction. They presented their country, their region, the town and their school. The mobile English teacher RIfat Ӧner Çolak spoke about the positive and negative effects of social media on education, a debate about this followed. We spent some time discussing the questionnaire on the use of social media between youngsters and decided, that pupils will fill them out so we can present the concluding analysis at the next meeting. We also went through the project logo suggestions and decided, that we will present one logo per school on our Facebook site. Pupils will express their likes and the one that will get the most likes will be chosen as the logo of our project. 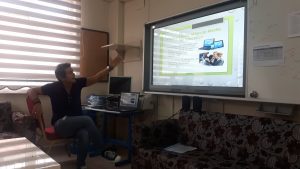 After an active morning our hosts wanted to show us their rich history and culture, and to start with and mostly accidentally, we had a look at a typical Kurdish weeding, then we were taken on a tour around Tarsus, where we saw the notorious Cleopatra’s gate, where the queen saw Mark Antony for the first time and the two fell in love. Then we visited Saint Paul’s Church and the old covered bazaar “40 spoons” while listening to the legend of Shahmaran, the Queen of Snakes. The final part was a visit of the mosque, where we had a glimpse at the Muslim religion. We finished our evening dining traditional Turkish dishes to the sound of live music. We also learned a Turkish dance and had a go at singing Turkish songs. 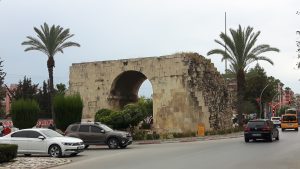 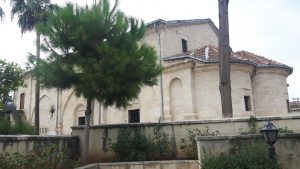 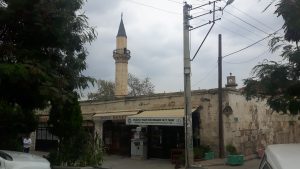 The next day we were met by a really enthusiastic group of pupils, so we almost had to keep away from them to stay safe. They all greeted us, wanted to talk to  us and asked for our autographs. We really felt like stars. We spent the day listening to the presentations of each partner country, thus learning more about the countries themselves, the individual schools and the different school systems. 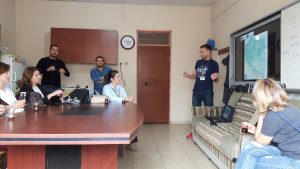 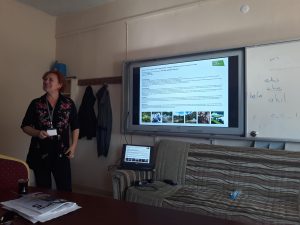 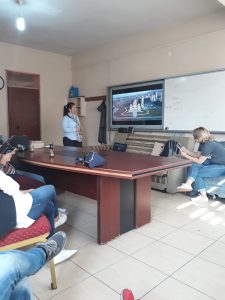 After the presentation we attended the lessons of Art and English, some of us went ahead and had a go at teaching Maths and English. The pupils and teachers had a treat for us, namely a musical and singing performance. We were all thrilled to try out an authentic Turkish dance. 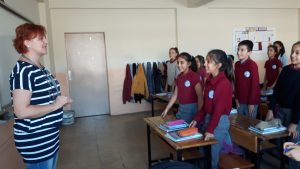 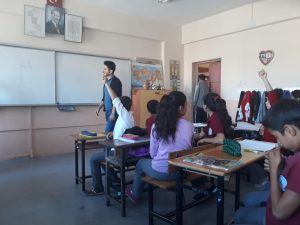 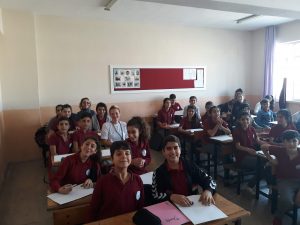 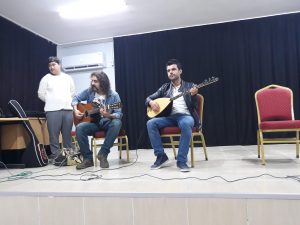 In the afternoon we had a tour of the city of Mersin to feel its vibe. We ended the evening with a delicious dinner from the province of Hatay and enjoyed a Turkish rock concert where a band of one of the Turkish teachers was performing.

We visited the school İbrahim Kozacıoğlu Secondary School, where again we were met by hospitable teachers and the headmistress and were given traditional dishes, prepared for us by the pupils’ parents. We took part in a P.E. lesson on the school’s yard and talked to teachers and pupils.

After seeing the school we had an unexpected surprise. A local housewife opened the door of her house and friendly invited us in. She served us tea and taught us how to prepare the traditional dish called “sikma” that we were happy to taste. 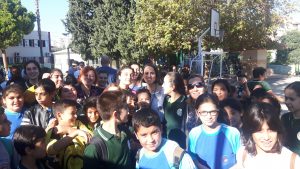 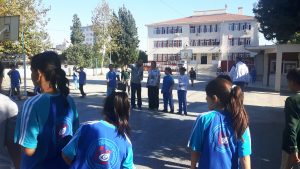 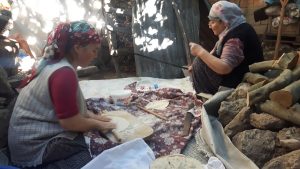 Later we visited a private kindergarten, where we were introduced to their way of work, saw the playroom, the garden and orchard and a small zoo. We sang a song to the children in our own individual languages. 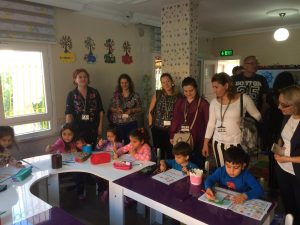 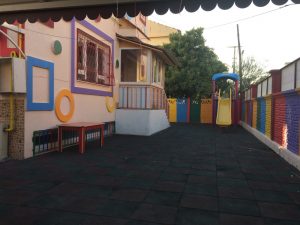 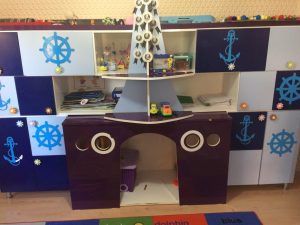 In the late afternoon we went to explore the geographical site of a Kars landscape and saw the Karst cave named Seven sleepers.

We could spend the evening for resting, while the coordinators had a working meeting where we precisely defined the time frames for the activities and mobilities, we distributed the work to be done and agreed on setting up an internet site and a Facebook site. Because of a poor internet connection we were unfortunately not able to do it immediately, so we decided to do it upon our return home.

We reached an agreement about international trainings, that will be organized in January 2018 in Slovenia. Till the next meeting we will analyse the initial state based on the questionnaires about the use of social media amongst pupils. We also decided to name the Alternative magazines after each international training. They will include pupils’ articles on the given topics. The topic for the meeting in Slovenia is the alternatives to social media, so pupils will write about their school and also extra-curricular activities, hobbies,…

We visited the hosting school again, where we assisted in the lessons of English and Turkish. We conjugated Turkish verbs with various personal pronouns and learned a few Turkish words. We also attended a revision at a Science lesson, but we soon left the classroom due to poor knowledge. To end our stay we had a lesson of P.E. on the school yard, starting with running and then following the instructions of the Polish teacher. We tried out various sports activities such as jumping over obstacles, ball games and a polygon.

In the afternoon we went around the town of Adana, where we visited the biggest mosque in the Middle East, experienced the culinary aspects of Adana as well as had a glimpse at the day and night life. 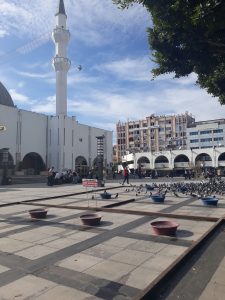 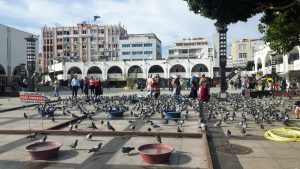 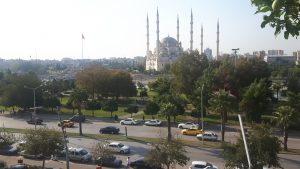 We realized that there are huge social differences amongst the Turkish population, we saw the poorest inhabitants that live in ghettos (Syrian refugees, socially threatened Turks and Kurds). On the other hand there are many luxurious parts with huge apartments and extravagant shops.

The last day was dedicated to exploring the Turkish history and culture. We drove into the town of Mersin once more to see the Archaeological and the Naval Museum. We continued along the shore and stopped in the coastal antique town of Kirkalezi, named after the castle on the island overlooking the town.

In the evening we spoke about our feelings and impressions regarding the first project meeting, and expressed mostly positive opinions and satisfactions about being included in the project. We said goodbye to our new friends and next day flew back home. 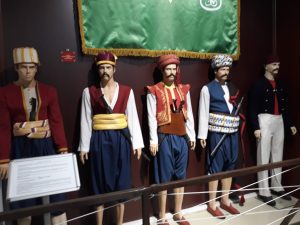 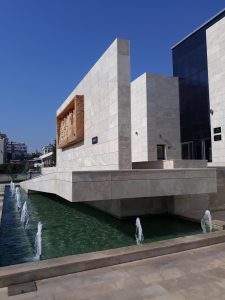 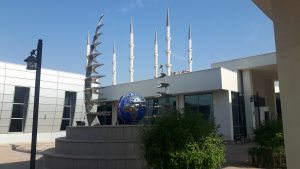 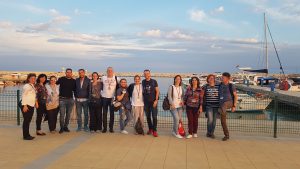