Kavadarci is a town in the  Tikveš  region.
The official flag of the Municipality of Kavadarci contains 6 red and white circles creating form of grape.
Most of the citizens of Kavadarci produce  wine . The town is surrounded with vineyards. In Kavadarci you
may find the largest  winery  in south-eastern  Europe , Tikvesh winery. Every year the citizens of Kavadarci in
their vineyards produce up to 85,000 tons of  grapes , some of them are being exported in other European
countries, and huge amount of grape is used for producing wines in Macedonia. This tradition of growing
grape and producing wine goes back to the 4th century BC. The area of Kavadarci, known as Tikvesh region
has combined Mediterranean and Continental climate ideal for growing grape.
Besides of growing grape and producing wine, the citizens of Kavadarci are well-known of producing
tobacco, which tobacco is sent in many countries around the world.
Near Kavadarci is the largest artificial lake in Macedonia , Tikveš Lake, with rich flora and fauna and
various species of fish. Mainly Kavadarci uses this artificial lake for generating and producing electricity for
itself and for other municipalities in Macedonia.
Around Tikvesh Lake exists a nature reserve in a huge protected territory with many different kinds of bird
species.
In the area of Kavadarci is located a big company of producing ferro-nickel, Feni Industry.
Every first week of September, in Kavadarci is organized the well-known festival Tikveshki Grosdober, in
order to celebrate the harvest of the grape in autumn.
In this period the citizens of Kavadarci celebrate another important date, 7 th of September, the day of
liberation of Kavadarci.
Many cultural, archaeological, historical buildings, monuments and artifacts dating from prehistoric times
till now are located in and around Kavadarci, such as Stobi, Via Egnatia, many churches and monasteries
etc.
Village Vatasha, where our school is located, is very well known village in Macedonia from the Second
World War. Near the village is situated a monument as memorial house of the 12 young partisans, some of
them are our students’ grandparents. 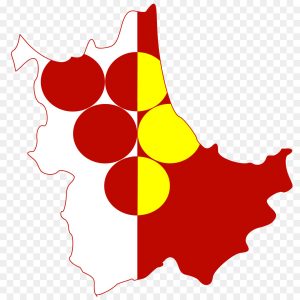